Rise of the Nuclear Family in India 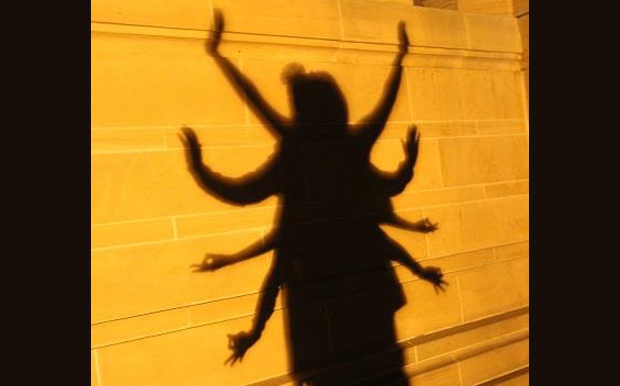 A Goddess to Reckon With

The Hindu Goddess Durga is one of the most familiar images from the Indian subcontinent. She is an incarnation of Devi, or the Mother Goddess –  a multi-armed goddess bearing numerous weapons and riding a ferocious lion or tiger.

Back in the beginning, before time was time, the evil buffalo demon, Mahisasura, was threatening the existence of the cosmos and the Gods themselves. Brahma, Shiva and Vishnu combined their powers to create this warrior goddess because the powerful demon could not be defeated by a man.

Durga is worshipped during the Durga Puja, one of Hindusim’s major festivals, held for ten days during the month of Ashvina (September-October). The festival celebrates Durga’s victory over the demon and begins on the same day as the nine-night festival, Navratri, celebrating the divine feminine.

Hindus believe Durga protects her followers from the evils of the world while removing their miseries. She is a powerful feminine presence – the original embodiment of bold, audacious and unafraid.