Are You Celebrating Movember? 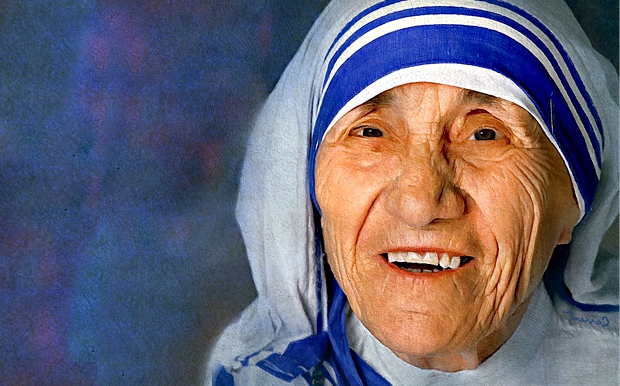 Did A Saint Walk Among Us?

She once said, “By blood, I am Albanian. By citizenship, I am an Indian. By faith, I am a Catholic nun. As to my calling, I belong to the world. As to my heart I belong entirely to the Heart of Jesus.”

She was born Agnes Gonxha Bojaxhiu in 1910 and died Blessed Mother Teresa of Calcutta in 1997. She is best known for her work among the poorest of the poor in India and for founding the Missionaries of Charity, an organization that today has over 4,500 members and is active in 133 countries.

She began her religious calling when she left home at 18 to join the Sisters of Loreto, who sent her to India to teach school in 1929. After 20 years of teaching and convent life there, she experienced “the call within the call” and knew that she had to leave to live among and help the starving and destitute people in the slums of Kolkata (previously Calcutta).

Mother Teresa received the Nobel Peace Prize in 1979 in addition to numerous other honors including the first Pope John XXIII Peace Prize, the Oder of Merit from both the United Kingdom and the United States, the Albert Schweitzer International Prize, and was named to Gallup’s Most Admired Man and Woman poll 18 times.

After her death in 1997, the Roman Catholic Church began the process of beatification, the third step toward sainthood. She has been credited with one miracle, although the husband of the supposed beneficiary claims his wife was cured by medication, not a photo of the nun. In order to achieve sainthood, the church needs to verify a second miracle.

Mother Teresa dedicated her life to helping people living in deplorable conditions  and suffering from conditions as daunting as HIV-AIDS, leprosy, famine and all forms of natural disasters. Perhaps that in itself is the miracle.

A Spaghetti Sauce Recipe Infused with Comfort and Love