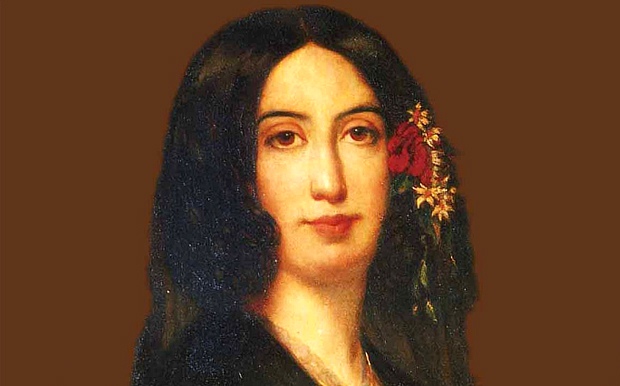 Born Amantine Lucile Aurore Dupin, romantic novelist George Sand’s choice of a masculine pseudonym was very much in keeping with her rebellion against the repressive social mores of 19th century France.

She married Baron Casimir Dudevant, only to leave him several years later to move to Paris to be with her lover, writer Jules Sandeau, and begin her writing career. Divorce, illegal, was out of the question. Under the pseudonym, George Sand, she wrote nearly 40 novels and 11 plays. She dressed in men’s clothes, smoked in public – unheard of for women of her station – and was linked with a number of lovers including Prosper Mérimée, Alfred de Musset, Frédéric Chopin and Maria Dorval. Her best known quote is, “There is only one happiness in life, to love and be loved.” But we prefer “The trade of authorship is a violent and indestructible obsession.”

New Yorkers Can Now Vote for the Oscar