A Spaghetti Sauce Recipe Infused with Comfort and Love 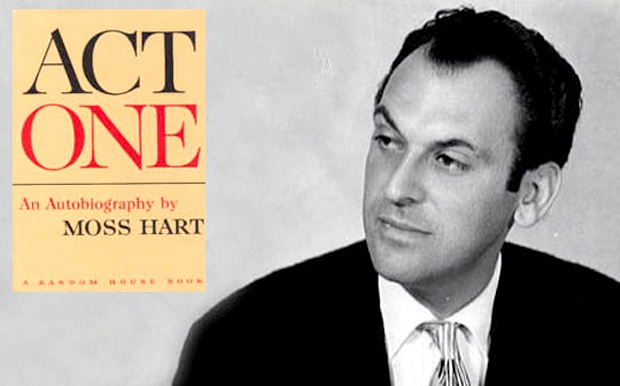 Have you ever read a book that so captivated your interest that you couldn’t put it down? And, when you finished — you wanted it to go on forever.

That’s how I felt when, years ago, I read Act One, the book written by Moss Hart about his dramatic rags-to-riches life and spectacular career as a Broadway director/writer.

Fast forward to July 17 of this year, when I opened up the New York Post and read a piece about Act One by Michael Riedel, the all-powerful theater columnist. Riedel, who has been described by New York magazine as “a must read – and a must-hate” is a favorite of mine because he’s “fearless” – a word that often appears in Of Wit & Will.

On this particular day, he had a juicy story. Act One, published in 1959, on the New York Times bestseller list for two years and not out of print since, was being made into a musical. I was so taken by Riedel’s enthusiasm that I wrote him a congratulatory email. I also told him we had a common tie – we were both Columbia grads.

On July 19,he replied and thanked me in a very gracious way. So much for Smash, NBC’s backstage show about Broadway, referring to Riedel as a “Napoleonic little Nazi”! (Riedel greeted this with a rollicking laugh.) He also said that if I loved Act One, it would be a good idea to read The Street Where I Live by Alan Jay Lerner who recounts the creation of My Fair Lady. I hit “Reply” and told Riedel that I’d read Lerner’s book.

Passing our local branch of the New York Public Library on July 21, I decided to reserve Act One and reread it. Imagine my dismay when I was told the entire system had only three books and that I was #19 on the list.
Three books! Number 19!

Let’s digress briefly here. For years, philanthropist, Mrs. Brooke Astor, who died in 2007 at 105 had given generously to the New York Public Library. She was famous for saying, “money is like manure, spread it around.” She, too, was “fearless.”

July turned into August and then on September 29, I checked the library again. I was #10 and on October 13 I was #8. That’s when I threw in the towel and bought the damn book. I really wanted to read, again, how Hart, born in 1904, a school dropout at 12, went on to direct My Fair Lady in 1956, which won the Tony Award for Best Musical. Dare I say it? Fearless.

So, now we’ve come the full circle. Currently, James Lapine, the Tony Award-winning writer/director, whose shows include Sunday in the Park with George is working furiously on Act One. I hope it’s both a critical hit and a must-see for theatergoers.

As for Brooke Astor, the 901 objects from her two homes were put up for auction at Sotheby’s recently and fetched an astounding $18,800,000. When the dust finally settles on this estate, the New York Public Library, which was (and still is) one of Astor’s favorite recipients of her largesse, will undoubtedly benefit.

In 2013, the creation of the Act One musical will, most certainly generate interest in the book itself – both in the retail world and in the New York library system which, undoubtedly, will see fit to stock up on this magical tome.

Diwali – When India Lights Up!