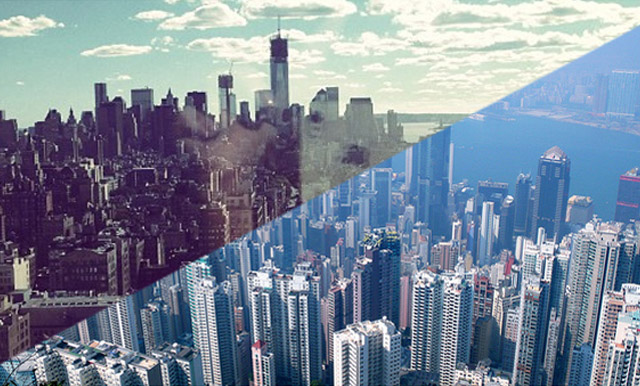 It’s always fun to fantasize about a city before your first visit and be absolutely convinced that you will love it. It’s just as much fun to compare cities where one has lived.

Personally, I was convinced that I would love New Orleans and Rome before we visited. And, sure enough, several hours after the plane hit the tarmac I was besotted with both places. To recap: loved New Orleans (The Big Easy) for its laid-back, insouciant atmosphere and its emphasis on having a good time. What could be better than a city obsessed with gumbo and the blues?

Rome, of course, is a no-brainer. Everyone in the civilized world loves Rome. The depth of history stuns one. Look at the Trevi Fountain where I insisted on tossing a coin over my shoulder to ensure a return visit to The Eternal City. Advice from sanguine spouse: “Okay, do it. Just don’t hit me.”

Now, let’s look at two cities where one has lived. In the February 4, 2013 issue of The New York Observer, a column by Charlie Schroeder, a writer and actor who appeared on Sex and the City, compares Hong Kong (he resides there now) with Manhattan, where he lived for a number of years and believed that New York wasn’t “the greatest city on earth – it was the only one.”

That changed with Schroeder’s first foray into Hong Kong in 2001. He says, “It felt like the natural order of things had been dialed up to a furious speed. Restaurants served food fast and hard, slamming down bowls on tables and whisking them away as soon as you’d eaten your last grain of rice. Hong Kongers hustled and talked away on their mobile phones at all hours. This was a place where business got done.”

After three weeks in Hong Kong, Schroeder returned to New York and experienced culture shock. Never have I read a description of Manhattan like this:

“When I returned to New York, the city felt positively Schenectady. Times Square’s neon lights and billboards looked small and dim. Walking along Madison Avenue at lunch hour felt like a leisurely stroll down Main Street.”

After a pit stop in Los Angeles with his wife, he decided to move back to Hong Kong permanently. Or, as he notes, “some 55,000 Westerners call this city home. They come from New York, London, Paris and Sydney to escape gloomy economies and to join the workaholic workforce.” He astutely adds, “Hong Kong is not as culturally rich as New York. Nobody comes here for Broadway shows, but you’re surrounded by something else equally electrifying: opportunity.”

The comparisons between Manhattan and Hong Kong are endless. Both are cities on islands with similar citywide populations (8.2 million in NYC and 7 million in Hong Kong). Schroeder says, “I still love New York, but for now I like living in the Manhattan of Asia a bit more. It’s the place I wanted to move to years ago.”