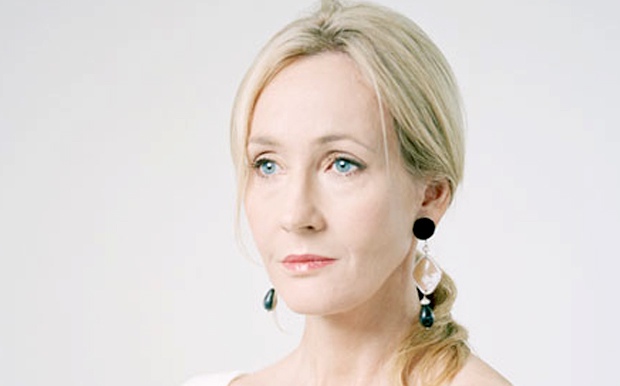 You’ve probably heard the story that as an unemployed, single mom J.K. Rowling wrote the first Harry Potter novel in a café in Edinburgh because her flat had no heat. Not true.

She was an unemployed single mom living on the dole, as they say in Great Britain, but, “I am not stupid enough to rent an unheated flat in Edinburgh in midwinter.” In fact, she ended up in the café because taking her infant daughter out for a walk was the best way to get her to fall asleep.

It had been seven years since Joanne (Jo) Rowling had graduated from university and she felt like “the biggest failure I knew.” Not many people would’ve recognized that as the opportunity of a lifetime, but for her it was liberating.

The idea for Harry Potter had come to her on a train several years earlier, but until that time she’d been focusing her energy on more traditional activities – jobs, marriage, motherhood, divorce. She felt as if she’d hit rock bottom, but she saw it as “a solid foundation on which I rebuilt my life.”

J.K. Rowling is now the 12th richest woman in the United Kingdom and is the first person to become a billionaire by writing books. She oversees a global brand valued at $15 billion. All because she recognized and seized her opportunity when it came her way.

Just think about that the next time you’re feeling like you’ve hit rock bottom.

Let There Be Light