There's More To You Than Meets The Eye 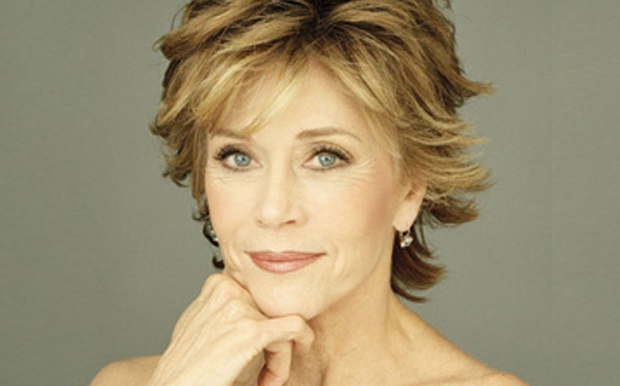 become interested in acting while appearing on stage with her movie star father, study with Lee Strasberg at the Actor’s Studio, get cast in a few small roles before hitting it big in Cat Ballou, build career on a judicious mix of highly admired “small” films and the occasional blockbuster. She did traditional celebrity things like date other celebrities, marry, have kids, divorce, repeat.

But there were causes out there that were important to Jane, and she refused to keep quiet about them. She frequently spoke out against the Vietnam War, going so far as to visit Hanoi in 1972 and express her dissatisfaction with U.S. policy. Needless to say, this caused quite a bit of controversy – including the pejorative nickname, “Hanoi Jane” – but it didn’t derail her career.

Nor did it make her shy about speaking out in the future.  Her passions over the years have included civil rights, women’s rights, Native American rights and the war in Iraq. Neither snarky ridicule nor outright hostility has ever stopped Jane from standing up for what she believes in.

Her current causes are, to quote from her website: “Stopping violence against women and girls, helping adolescents see a brighter future for themselves so they’ll avoid risky behaviors and helping expand women’s presence in the media…” She advises her readers to do what she’s done and find that cause that “speaks to you in your gut.” Then get involved.