Are You Giving to Save Money? 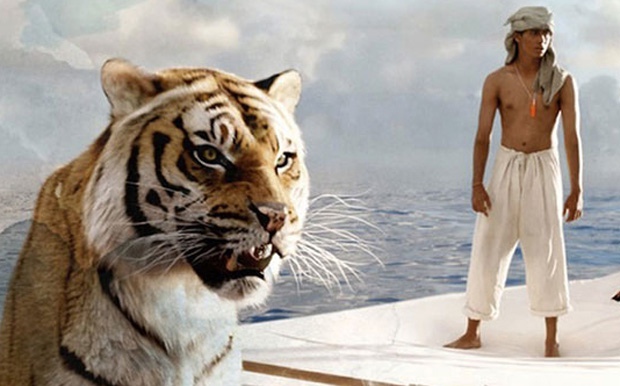 Life of Pi: The Movie or the Book?

The recently released movie, Life of Pi, directed by Ang Lee, is the story of Pi, a 16-year-old Indian boy who journeys to Canada in a Japanese freighter, the Tsimtsum, which sinks during a storm in the Pacific. His family and the animals from their zoo, which they planned to sell upon arrival in their new home, are lost.

Just three animals, a hyena, a zebra and an orangutan, survive the shipwreck, but they quickly die. This leaves Pi and a 400-lb. tiger, named Richard Parker, adrift in a lifeboat for 227 days. They eventually reach the coast of Mexico where they are rescued.

The special effects in this 3D movie are spectacular. The dramatic ocean shots were done in Taiwan in the largest self-generating wave tank in the world. And that Bengal tiger – is it real? No. Digital imagery creates the magic. The tiger’s eyes, fur and rippling muscles are all so perfectly rendered you’d swear he’s the real thing.

The film’s star, a 17-year-old, named Suraj Sharma, was chosen by Lee after he auditioned 3,000 aspiring actors. Sharma’s gripping scenes with the tiger are masterful and incredibly realistic. Roger Ebert, of the Chicago Sun-Times describes this movie as “a miraculous achievement of storytelling and a landmark of visual mastery.”

Life of Pi, was written by Yann Martel and published by Random House in 2001. It sold over seven million copies, spent 57 weeks on the New York Times bestseller list and was translated into 41 languages. There are minor differences between the book and the movie.

First, the book places greater emphasis on the zoo animals, namely: their care, how they interact with each other and how humans treat or mistreat them – I found all of this fascinating.

Second, the book is quite gory and violent in spots – the words “blood and guts” come to mind when the hyena and the tiger attack. Lee and his screenwriter, David Magee wisely decided to downplay this aspect of the book.

Third, the book discusses religion in greater detail.When young Pi decides to practice the Hindu, Christian and Islamic religions all at the same time, the author becomes quite playful. I burst out laughing when I read this glib definition: “Christianity is a religion in a rush. Look at the world created in seven days. Even on a symbolic level, that’s creation in a frenzy.”

Or, when Pi’s exasperated father discusses his son with his wife he says, “He seems to be attracting religions the way a dog attracts fleas.” His father goes on: “He said, Bapu (Father) Gandhi! The boy is getting to be on affectionate terms with Gandhi? After Daddy Gandhi, what next? Uncle Jesus?”

Both the movie and the book have the same ambiguous ending. Both are engrossing and highly creative. The only difference is that the book takes more time. You’d be well served with either or both.

A Fearless Adventure to Bali