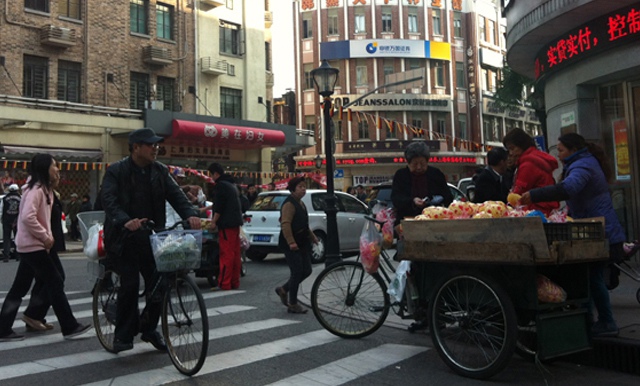 Lost in Translation in Shanghai

As much as I would love to rave about my amazing trip to Shanghai, I will leave that to the million other bloggers out there in the Internet galaxy. Instead, I’d like to share a truly unique and personal experience.

You don’t have to be a scientist to figure out that I am Asian. And if you have been reading our Carry On articles, you probably know that I was born and raised on the tiny island of Guam.

I grew up in a conservative Korean family, was taught in an American education system, and consumed by the island culture of Guam. Growing up, I had some issues with cultural identity: I never truly belonged to a specific culture.

So my recent trip caught me off-guard. I was not expecting to find my confused 13-year-old self there in Shanghai.

There was that feeling of being “out of place” again. I looked like the people here, yet I did not speak a word of Chinese or know a thing about this unique culture. The local people spoke to me, not suspecting for a single moment that I was a foreigner. So there I was, staring at the people, lost in their language.

I was always the minority my whole life. For once, at least in physical appearance, I was part of the majority in Shanghai… But not really. Though I looked like the people here, I wasn’t one of them.

But unlike 10 years ago, not being a part of a particular community was okay. Not having a singular culture identity is part of who I am, and it has become a unique aspect of myself.

Yes, Shanghai was amazing. But more than that, this trip allowed me to became a step closer to being…