The State of Grace Coddington 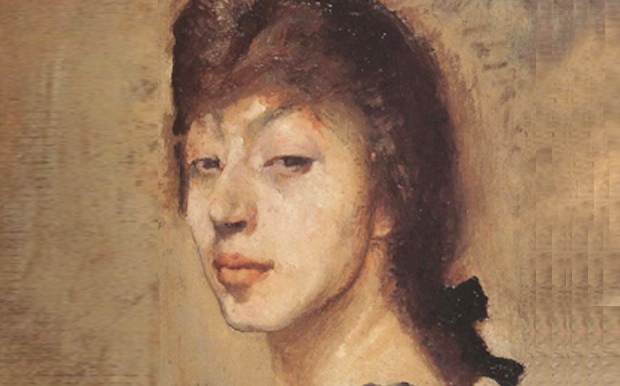 At a time when Cubism seemed to be the exclusive purview of arrogant – albeit, brilliant, young men – Marie Laurencin’s achievements as an artist were especially notable.

Her beginnings were not auspicious. She was born in Paris in 1883, the illegitimate daughter of Pauline Laurencin and Alfred Toulet, although she was not aware of her father’s identity until eight years after his death.

When it became apparent that she was not academically inclined, her mother sent her to study porcelain painting at the Sèvres factory. From there, she went on to the Académie Humbert. At that time she made the acquaintance of Georges Braque and George Lepape.

Within a few years she was considered to be an important figure in the Parisian avant-garde and exhibited at Clovis Sagot’s gallery in Montmarte. In 1908 she sold her first painting to Gertrude Stein. Called Group of Artists, it was a group portrait of Laurencin, Guillaume Appolinaire – her lover – Picasso, and his mistress, Fernande Olivier.

She is regarded to be one of the few female Cubist painters and yet much of her work breaks through traditional Cubist norms. Pastel colors and curvilinear forms characterize her visual vocabulary of femininity, perhaps as a direct retort to Cubism’s angular masculinity.

Her influence extends all the way to Japan, thanks to a chance encounter in 1915 in Madrid with the Japanese poet, Daigaku Horiguchi. He and Marie remained close after he returned to Japan and he functioned as a conduit for modern French literature and art in Japan.

To celebrate the 100th anniversary of Marie’s birth in 1983, Masahiro Takano founded the Musée Marie Laurencin in Nagano Prefecture, Japan. It was the only museum dedicated to her artwork, featuring more than 500 pieces from Mr. Takano’s collection and an archive. Regrettably, the museum closed at the end of September, 2011 and is searching for a new home.

But all is not lost. If you find yourself in Paris between now and the end of June, the Musée Marmottan Monet is featuring an exhibition of Marie Laurencin’s art. 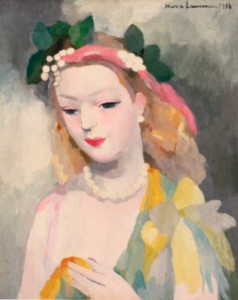