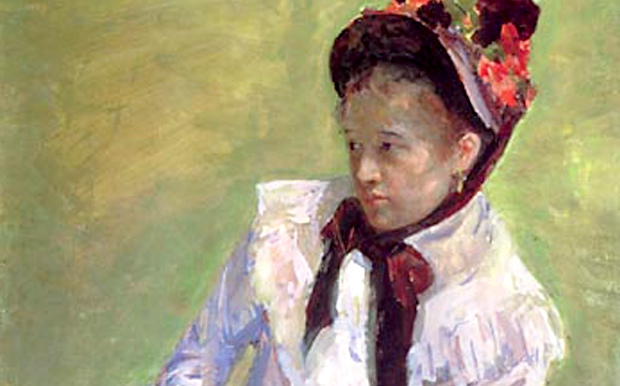 Her father declared that he would rather see his daughter dead than living as a “bohemian,” but Mary Cassatt left home in Pennsylvania anyway at the age of 21 to study art in Paris.

When the Franco-Prussian War broke out, Mary had to return to the U.S. to live with her parents – a radical loss of independence. Shortly thereafter the Archbishop of Pittsburgh came to her rescue by commissioning her to paint copies of two works by Correggio that hung in Parma, Italy. She returned to Europe, and the money she earned enabled her to resume her career. Although her exhibits at the prestigious Paris Salon were instrumental in building her career, she began to chafe at their guidelines. Instead, Mary got real and began painting startlingly unsentimental portraits of mothers and children.

She began as an admirer and then became a close friend of Edourd Degas, who is reported to have said about her work, “I don’t admit that a woman draws that well!”

Celebrating Death With Happiness and Joy