Thanksgiving Stuffing…
By a Hunk 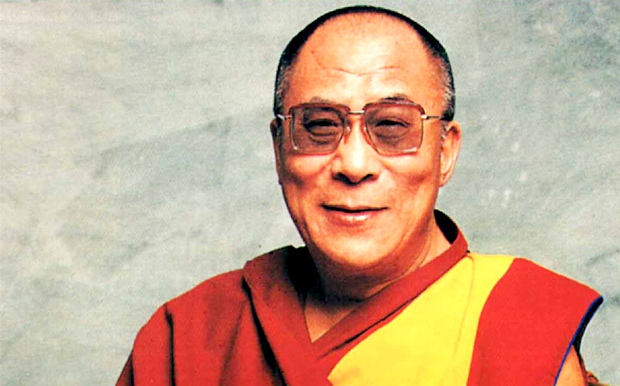 More Than A Simple Buddhist Monk

He was born Lhamo Thondup in 1935 in a small hamlet located in Taktser, Amdo in northeastern Tibet.

At the age of two, he was recognized as the reincarnation of his predecessor, the 13th Dalai Lama through the traditional selection process. As is true of all Dalai Lamas, he is believed to be the manifestation of Avalokiteshvara, the Bodhisattva of Compassion.

The world has known him as His Holiness Tenzin Gyatso, The 14th Dalai Lama of Tibet for over 60 years, and yet he continues to see himself as a simple Buddhist monk. But no simple Buddhist monk has served as such an inspiration to people around the world. He has traveled extensively throughout the Americas, Europe, Africa and Asia promoting human happiness and insisting, “Love and compassion are necessities, not luxuries. Without them humanity cannot survive.”

There are three main commitments in the Dalai Lama’s life. The first is the promotion of human values such as compassion, forgiveness, tolerance, contentment and self-discipline. The second is the recognition of the good religion can achieve and the promotion of religious harmony. And the third is to act as the free spokesperson of the Tibetan people in their struggle for justice against China.

Although he’s not the first Dalai Lama to confront political turmoil and tension during his time in office, His Holiness may be the first to be caught in a struggle with a Super Power. China invaded Tibet in 1949 and despite years of talks with the Chinese leaders, their activities forced him into exile ten years later.

He has remained in exile in Dharamsala India ever since, but he has never faltered in his devotion to peace. In 1989 – 30 years after being sent into exile – he was awarded the Nobel Peace Prize in recognition of his non-violent struggle for Tibet’s liberation.

In 2011, The Dalai Lama announced his retirement from political activity, but he continues as the spiritual leader of all Tibetans and his millions of followers around the world.