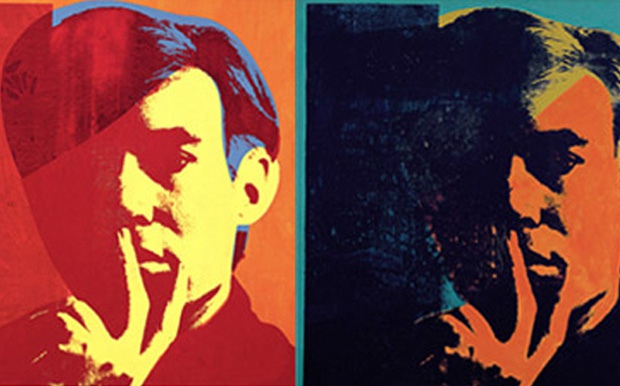 The power of change

Staying on the straight and narrow – or breaking with tradition? That’s a question for both individuals and institutions. Pushing the envelope and going in a new direction can be disruptive and exhilarating but, at times, leaves one open to criticism.

This is the response to the new exhibit at the Metropolitan Museum in New York entitled, Regarding Warhol: Sixty Artists, Fifty Years. The exhibition is open to the public from 9/18 to 12/31/12.

On Sunday, October 20th I decided to visit the Met and see this controversial show for myself. As expected, Regarding Warhol, located on the second floor was crowded with museum-goers.

The exhibit is divided into five themes: Daily News, Portraiture, Queer Studies, Consuming Images and No Boundaries and is intended as a salute to Warhol’s far-reaching influence on the work made by other artists of the 20th and 21st centuries.

Here’s my opinion of this exhibit. Seeing 45 major Warhols all at once is a terrific experience. Starting with a 1967 self-portrait of Andy as one enters the exhibit and ending with an acrylic and silkscreen on canvas entitled Ethel Scull, 36 Times – was a marvel I won’t soon forget.

So, why all the negativity from curatorial and critical circles?

Right from the start, this show has received negative comments. Specifically, many critics feel that the artists the curators selected make no sense – and that their work bears no relation to Warhol, apart from the fact that they, like him, make art. In many instances there is no connection at all. Robert Gober’s, Hanging Man/Sleeping Man, a silkscreen on wallpaper is a perfect example.

But, hold on. One critic, Maika Pollack of The New York Observer, has called this exhibition a “Trojan horse” and notes that “under the guise of featuring an influential Pop artist, the Met has crept through the gates of contemporary art curation.” Meaning: this exhibition prepares the Met to compete for funding that is currently earmarked for MoMA, the Guggenheim and the Whitney – as it looks forward to its upcoming annexation of the Whitney’s Breuer Building at 75th and Madison Avenue and its bold foray into modern art.

Last, but not least, this show is definitely a must-see in spite of some of the criticism leveled at it. Go and enjoy this unique and controversial exhibition – you won’t be disappointed.