Guam And The Little Things 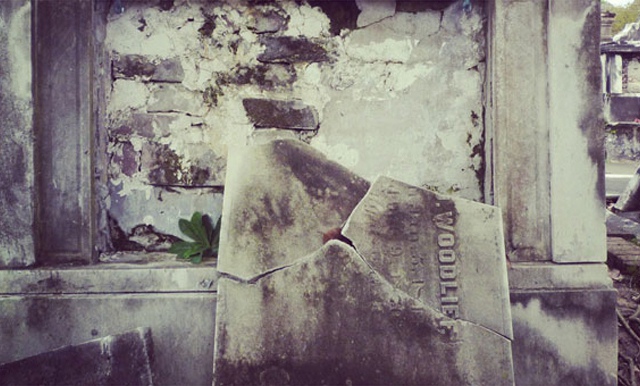 This spooky collection of homes aren’t mere sets at Six Flags Magic Mountain’s Fright Fest or Universal Studio’s Halloween Horror Nights. They are the real-life haunted houses you’ll find from the East to West Coast, England to Jamaica. You may need to see – and hear ­­– to believe! The tales of horror may leave you shaken and wondering, is paranormal activity happening right in your own home? 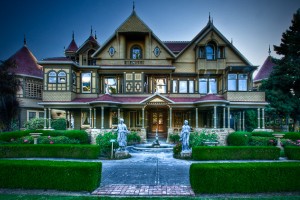 This mansion was owned by Sarah Winchester, widow of gun magnate William Wirt Winchester. She believed that the place was haunted by the spirits of American Indians, Civil War soldiers and other people who were killed by the Winchester rifles. Mrs. Winchester started building the house in 1884, after the deaths of her husband and daughter. She was convinced the construction had to continue endlessly so that no ghosts could settle in it. The mansion was also built like a maze in order to confuse the spirits, preventing them from coming after her.

Despite these precautions, recent visitors have seen shadows of people who weren’t there, felt a cold hand tug at their hair and sensed the presence of Sarah Winchester herself.

2. The Moore House in Villisca, Iowa.

The infamous Villisca Axe Murders, in which six members of the Moore family and two houseguests were brutally murdered by a killer with an axe, took place here in 1912. The murderer struck and broke the skulls of the eight victims before midnight, while the victims slept. There were five suspects in the case.  William “Blackie” Mansfield, a serial killer with an axe as his weapon of choice, was tried twice but found not guilty each time.

The Villisca house is believed by many to be haunted by the spirits of the murder victims. Feel free to spend the night there if you don’t believe that… 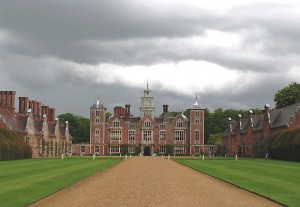 Blickling Hall was the childhood home of Anne Boleyn, the second of King Henry VIII’s six wives. Henry VIII broke with the Catholic Church to divorce his first wife because he was infatuated with Anne Boleyn. They married, but the King lost all affection for her when she gave birth to a daughter (who would later become Queen Elizabeth I), instead of a longed for son. To find reasons to divorce Anne, King Henry conspired to accuse her of adultery, including with her own brother. She was found guilty and beheaded on May 19, 1536.

Anne Boleyn’s ghost is said to come back every year on the anniversary of her death, riding in a carriage driven by a headless coachman and carrying her own dripping, severed head.

Married to a wealthy plantation owner in the late 1700s, Annie Palmer was notorious for her cruelty and violence towards slaves. She was known to sleep with slaves and then murder them after she grew tired of them. Her two husbands after John Palmer died suspiciously. She practiced voodoo to protect herself and all the property she inherited, thus earning the title of the White Witch. Legend has it that Annie Palmer was killed by one of her voodoo-master slave lovers, who tried to prevent her from taking his granddaughter’s husband.

Rose Hall is said to ring with the sounds of screaming men and slamming doors to this day, haunted by the White Witch and the slaves she murdered.

Some believe that 1600 Pennsylvania Avenue, one of the best-known and best-guarded addresses in the U.S., is haunted. Abigail Adams, wife of John Adams, the first president to live in the White House, is said to linger there, hanging laundry in the East Room. The Queen’s Bedroom, once known as the Rose Room, is a regular hang out for Andrew Jackson’s ghost who also frequents the Red Room. What’s more, Abraham Lincoln’s ghost is believed to pay visits to the Lincoln bedroom and stare out of windows while strolling the halls.

You may have your doubts, but bear in mind: former First Lady Eleanor Roosevelt and former British Prime Minister Winston Churchill both claimed to have sighted Lincoln’s ghost.