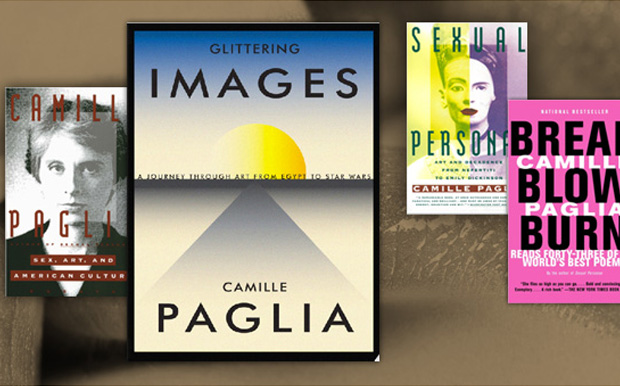 Her sixth latest book is called Glittering Images: A Journey Through Art from Egypt to Star Wars. In it she highlights 29 works of art ranging from painting to sculpture to performance to digital that she sees as definitive. Some are familiar – Nefertari’s tomb, Monet’s Irises, Picasso’s Les Demoiselles d’Avignon – and some are unexpected – Renee Cox’s performance piece Chillin’ with Liberty. All were the result of a meticulous selection process that took her five years to complete.

Perhaps her most controversial assertion in this volume is that George Lucas, yes, that George Lucas, is the world’s greatest living artist. She bases this conclusion on his pioneering digital work that has revolutionized the way we most often view images now.

To hear more about Ms. Paglia in her own words, including the reason she LOVES The Real Housewives of New Jersey, check out this recent Salon interview.

When Disaster Strikes, You Learn to Value Life and Safety Over Possessions