From Boys to Men: Bizarre Rites of Passage 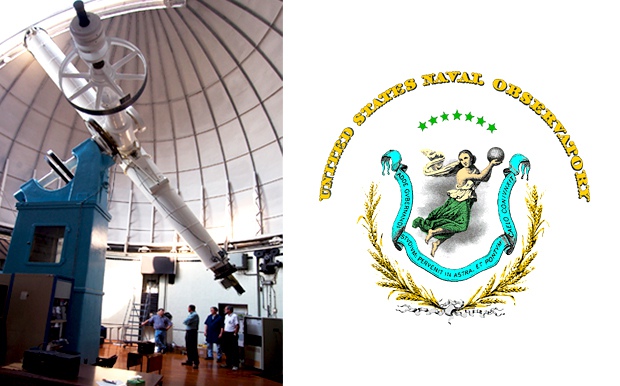 We are so used to having a variety of clocks and watches at our disposal, all displaying pretty much the same time, that we take their accuracy for granted.

Although one can’t help wondering why Apple products always run about 3 minutes ahead of everything else. One of Mr. Jobs’ little jokes, no doubt.

This accuracy is no accident. It’s the result of a sustained, coordinated scientific endeavor extending back centuries and maintained by a variety of organizations. One is The U.S. Naval Observatory in Washington D.C., which runs the network of atomic clocks behind everything from your microwave to your GPS to your digital Mickey Mouse watch. Another is The Earth Orientation Center in Paris, the division of The International Earth Rotation and Reference Systems Service responsible for the Leap Second.

The U.S. Naval Observatory was established in 1830 and is one of the oldest scientific organizations in the United States. Its mission has always focused on overseeing Positioning, Navigation and Timing for the U.S. Navy. The modern observatory continues to be the authority in the areas of precise time, Earth orientation and celestial observation. The accuracy of its atomic clocks derives from measuring the signals from electrons in atoms as they change energy levels.

The Earth Orientation Center sets parameters that describe the irregularities of the earth’s rotation. These irregularities have lead to the rotation of the earth taking a fractional amount of time longer than 24 hours. As those fractions add up, they affect the accuracy of nearly every aspect of technology. Consequently, the Leap Second is deployed, usually added as an extra second on the last day of either June or December.

Just a few things to contemplate the next time someone asks, anyone know what time it is?