A Goddess to Reckon With 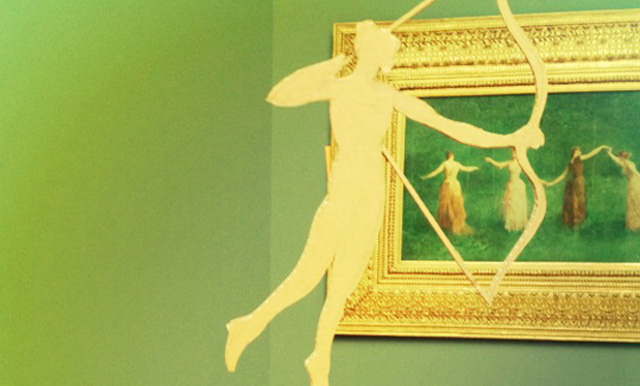 My dad took me to my first football game when I was a freshman in high school. The opposing team kicked off and my high school returned it for a touchdown. Wow! This is great, I said. He assured me that was not a typical play.

Nonetheless, I’ve always enjoyed watching football and basketball. For some reason, I prefer listening to baseball on the radio.

Not being particularly athletic, I never aspired to make the team myself, but ever since the passage of Title IX in 1972, making it illegal to exclude anyone from sports programs based on gender, a lot of women have. Golf and tennis, not being contact sports, have always featured a host of well-respected women players. And as we see every four years, the performance by women athletes in the summer Olympics generates a swell of interest from girls of all ages. Consequently, there are more women’s leagues now in every major sport.

But don’t hold your breath waiting for a woman to be drafted into a professional football/basketball/baseball/hockey team any time soon. Biology is still a factor. According to Nancy Lieberman, WNBA player, coach, general manager and the first woman to play in a men’s professional league, “There are no women today who are 6-foot-6, 250 pounds and can plow through a dude.”

No, but… there is 9-year old Sam Gordon. Her highlight reel became an Internet sensation recently. Sam plays in the greater Salt Lake City area’s Ute conference, where she was made the starting quarterback on her team after out-performing the boys in every speed and agility drill. She finished the 2012 season with some pretty impressive stats: 35 touchdowns, 232 carries, 1,911 yards, averaging 8.2 yards per carry, and 65 tackles.