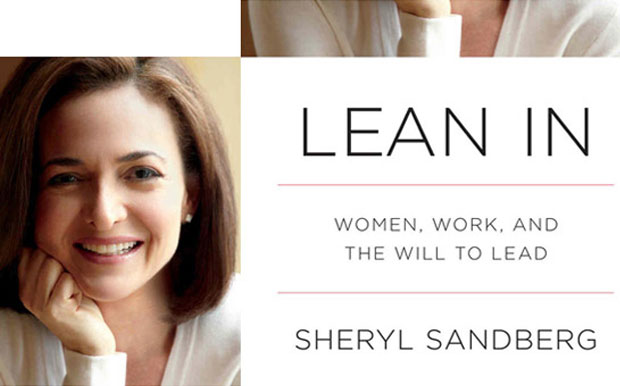 Women’s Equality is Still on the Line

Heidi Roizen, a real life entrepreneur, used her “outgoing personality… and vast personal and professional network that included many of the most powerful business leaders in the technology sector” to become a successful venture capitalist. Harvard Business School has used her case study as a model of successful networking.

Can you guess how this played out? Although the students found Heidi and Howard to be equally competent – well, they’d have to be, wouldn’t they? – they judged Howard to be far more likeable. Heidi was seen as “selfish” and not “the type of person you would want to hire or work for.”

Sheryl Sandberg, COO of Facebook, cites this example early on in Lean In: Women, Work, and the Will to Lead to demonstrate why women are still contending with negative messages about women and power.

There’s been a lot of controversy about this book and its author, but after reading it, I’m a little confused as to why. Will it solve all the problems facing women in the workplace? Absolutely not – nor does it aspire to. But it is an attempt to take equality forward by addressing issues that have persisted for far too long – primarily the way women have internalized those negative messages and unconsciously sabotaged themselves.

This did not strike me as “blaming the victim,” as some would have it. It’s an effort to identify the problem so women can consciously choose to avoid it. Ms. Sandberg claims to have been as guilty as anyone of this behavior – her mega-success, notwithstanding. And she says of her attempts to anticipate possible career obstacles, “I rarely heard anything, however, about the ways I might hold myself back.”

The book is based on Sandberg’s well-received TED talk of 2010, titled Why We Have Too Few Women Leaders.

To someone who’d thought women would’ve made much more progress on the road to equality by now, the statistics she cites are truly depressing. “Of the 195 independent countries in the world, only 17 are led by women. Women hold just 20% of seats in parliaments globally…. A meager 21 of the Fortune 500 CEOs are women.”

To those who’ve asked how her book is relevant to women who don’t aspire to those top leadership roles, it seems to me the answer is obvious. “This means that when it comes to making the decisions that most affect our world, women’s voices are not heard equally.”

She continually acknowledges throughout the book the importance of enacting laws that are more family-friendly, changing corporate policies to enable both men and women to be fully present in their jobs and their home lives and the need for men to be more conscious of what their mothers/wives/sisters/daughters face in terms of lingering prejudice.

But the focus of the book is on empowering the women themselves to stop sabotaging their own progress. Chapter headings like “Sit at the Table,” “Don’t Leave Before You Leave” and “Make Your Partner a Real Partner” say it all.

I found the book an enjoyable read. I’ve heard rumors Ms. Sandberg hired a ghost writer, but in fact, she credits at least 30 people with helping her get the manuscript in shape. It doesn’t read like a group effort. The voice she – or all of these helpers – achieved is at turns confessional, self-deprecating and deeply concerned with the lack of progress towards women’s equality.

I decided I had to read the book after watching three men – who didn’t appear to have read it – discussing the author and her message on PBS. Really. PBS, not Fox. Clearly, baby, we haven’t come a long way at all.

Evolution of Music Through Sexual Selection