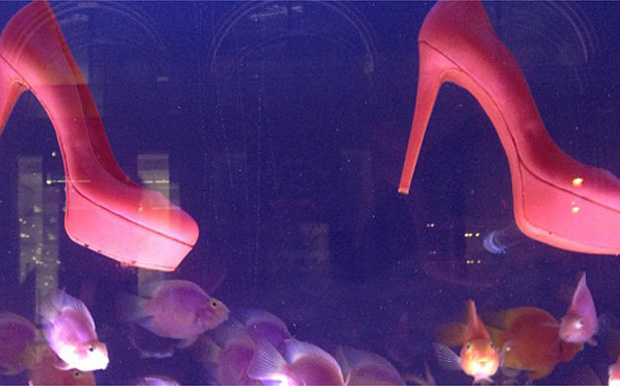 I recently came across an astounding article in the New York Post by Victoria Grantham that profiled the nearly four-decade career of Betty Halbreich, Bergdorf Goodman’s uber-personal shopper.

Looking 20 years younger than her age, Halbreich is a stunning example of an individual who obviously enjoys good health and abundant energy. Many people in their eighties may be described this way – but how many have a responsible position in one of the most prestigious stores in the United States? And how many people (at any age) can say they’ve had the same office for their entire career: a bright, Central Park-facing corner office at Fifth Avenue and 58th Street? Even more incredible, how many people can say they’ve rented the same Park Avenue apartment for 60 years that allows for a 12-minute work commute?

Halbreich began her career in 1976 when personal shopping was a new concept. As the idea caught on she assisted celebrities (Joan Rivers for example), socialites, career women and even stylists such as Patricia Field, who routinely turned to her for help in choosing outfits for Sex and the City.

This year, Bergdorf is celebrating its 111th anniversary which will include the Spring release of a documentary entitled Scatter My Ashes at Bergdorf’s – a catchy, fun title if there ever was one. And, guess what? Halbreich has a cameo appearance in the film.

This spritely personal shopper’s trim, elegant appearance and office memorabilia attest to a full, active life. She sits at a desk, which is a white marble slab table, that holds framed photos of her daughter and her twin granddaughters.

“Many of our clients have been coming to us for 30 years or more,” she notes. To keep on schedule, Halbreich is at work at 8:30 am – before most of her colleagues show up. She walks the entire store at a brisk pace to gather that day’s fashions for her loyal clientele. “I know every stock person by name and I like to get an early start,” she declares.

Summing up, this personal shopper is a champion of high-low style. “I recently sold a woman a $180 skirt with a $3,000 jacket,” she says. “I also make a point of reviewing the latest collections from a number of different designers – I’m never locked in to a few favorites.”

This is definitely a fearless lady who enjoys her life – and work.

The Enduring Appeal of the Color Black