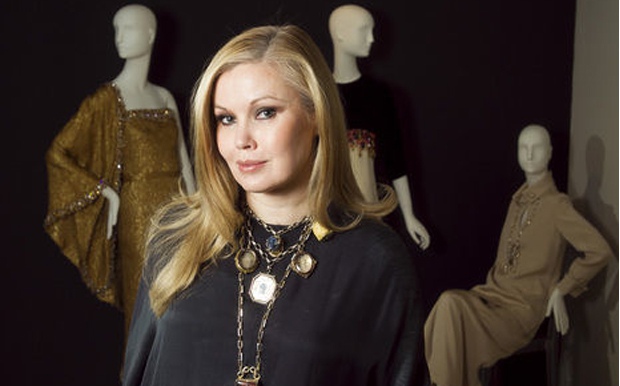 She Walked the Walk

Be secure in oneself. Be curious. Be positive. Listen to adults. Write thank you notes.

That’s the advice the legendary Russian-born model Tatiana Sorokko had to offer the fledgling models in the 2012 Elite Model Look finale.

In 1989, Tatiana was studying to be a physicist at the Moscow Institute of Physics and Technology when she was discovered by Parisian modeling agent Marilyn Gauthier and invited to Paris. This 5’11” beauty became a sensation in the international fashion world within weeks.

It would be easier to list the designers she did not work with, but here are a few of the notable names whose runways she walked: Dior, Givenchy, Alexander McQueen, Jean Paul Gaultier, Chado Ralph Rucci, Yves Saint Laurent, and Gianni Versace.

“The first investment you should make is in personal stationery and write everybody thank you cards. People in all cultures appreciate that.”

Tatiana has never shied from taking on new challenges, working as a foreign correspondent, contributing editor and photo shoot producer and stylist after she left the world of modeling.

Endowed with abundant natural curiosity – “This little child in me was always saying, ‘I want to know how it’s made’” – she has gone on to collect museum quality art and haute couture.

We hope those young aspiring models in Shanghai took Tatiana’s advice to heart, but we can’t help thinking those five precepts are words to live by for anyone of any age.

Best Dressed at the 2013 Golden Globes