Suzy is always in…the news.  From the runway to the airwaves, Suzy creates, precedes or interprets the news.  Below are selected editorials in which she has been featured.

For additional information or to schedule an interview with Suzy, please contact suzykellemsdominik@gmail.com. You’re in for a treat, and the best any fashionista could dream of: a special class hosted by the San Francisco-based Haute Couture collector- who’s once again by the side of the Finalists. 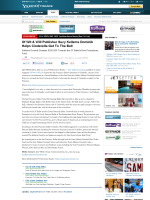 Helping Cinderella get to the ball

“I was delighted to not only co-chair the event, but to ensure that Christopher Wheeldon’s spectacular new production of Cinderella would make its debut in my hometown of San Francisco,” said Kellems Dominik. 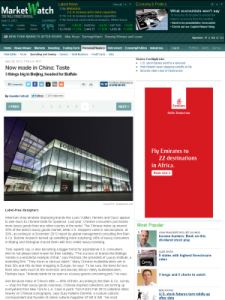 Now made in China: Taste

5 things big in Beijing, headed for Buffalo by Quentin Fottrell

“Case in point: Tom Ford’s Fall 2013 collection relies heavily on Chinese iconography, says Suzy Kellems Dominik, couture and culture correspondent and founder of online magazine Of Wit & Will. “His most expensive pieces are coats embroidered with Chinese motifs,” she says. “He’s taking Chinese pop culture and history and blending them together…”. 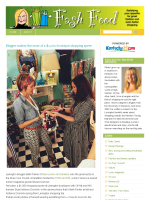 Blogger makes the most of a $1,000 boutique shopping spree

“Kellems Dominik suggested that you create your own style by using a mix of pieces. “It’s all about being original,” she said, “and wearing the clothes instead of them wearing you.” 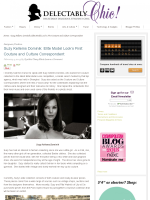 “I recently had the chance to speak with Suzy Kellems Dominik, who loaned her couture collection to the latest Elite Model Look competition, a model search hosted by that top agency, which was held in Shanghai.  Suzy also acted as the Couture and Culture Correspondent, where she held a “boot camp” for the contestants explaining how the clothes were designed and their relevance to history…” 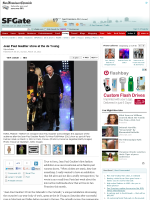 “He’s one of the greatest living designers left,” said Kellems Dominik, who has collected and worn his pieces for years. “This has to be more than just another fashion exhibition.” The ” enfant terrible” of fashion turns 60 next month…” 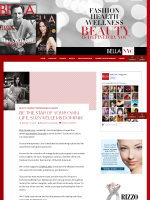 Be the Star of Your Own Life

“Suzy and her team explore smart, positive ways for living rich, textured, fulfilling lives. Taking cues from strong women throughout history this mother, daughter, wife, and friend continually strives “to be the star of her own life,” while inspiring and elevating the lives of others…” 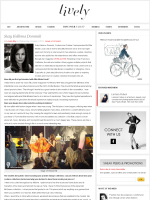 “My love affair with fashion began when I was very young. The first piece I ever began collecting was when I was 8 years old. It was a navy, red and white gingham maxi dress. At the time I couldn’t afford to buy it on my own so I worked to buy it by mowing the neighbor’s lawn and eventually made enough money to purchase it. From that first moment, I fell in love and started my collection…” 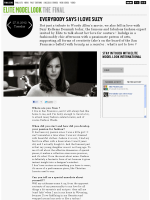 Everybody Says I Love Suzy

“Style has never become so important as a means of expression, it’s the most universal and instantaneous way to show who you are without words. Having style, as in trying to look different or wear things with your own personal twist, makes you unique and unforgettable, it can only be beautiful…” 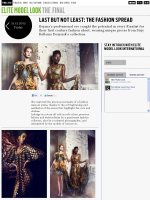 Last But Not Least: The Fashion Spread

“Indulge in a story all told in soft colors, precious fabrics and embroideries by a passionate fashion collector, shot by a talented photographer, and interpreted by the models of tomorrow…” 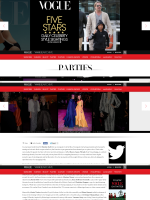 “Indulge in a story all told in soft colors, precious fabrics and embroideries by a passionate fashion collector, shot by a talented photographer, and interpreted by the models of tomorrow…” 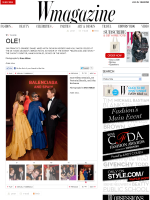 “San Francisco grandes dames mixed with fashion insiders and Hollywood celebs at the de Young Museum’s Iberian fiesta in honor of the exhibit “Balenciaga and Spain.” The show’s curator, Hamish Bowles, dishes on the night…” 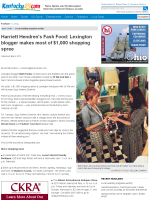 “Lexington blogger Beth Parker of Seersucker and Saddles won the grand prize in the Shop Your Closet competition hosted by Of Wit and Will, a San Francisco-based online magazine geared toward women….” 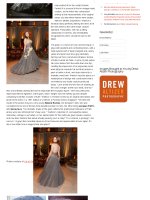 On the Skirt of a Dove

“Watnick is fanatical about perfectly altering the dress to fit the new owner to the same haute couture standard. Fortunately, she had a willing collaborator in Dominik, who immediately recognized this dress should be worn to the ballet…”

MAY 21, 2013 | SAN FRANCISCO, USA
Of Wit & Will Publisher Suzy Kellems Dominik Helps Cinderella Get To The Ball